Maurice Sendak (1928-2012), the best known children’s book illustrator of the 20th century, died yesterday.  As a collector and avid reader of Sendak’s engaging children’s books, I’ll miss him terribly.  So soon after his death it’s difficult to grasp reality: this amazing artist will never draw new characters to inspire and amaze his loyal audience.

Sendak’s appeal transcended the world of the child.  He was not only an illustrator of their books, he also designed the sets for several operas that were meant to appeal to adults and children alike. Here in Baltimore we enjoyed his quirky creations for the opera “Hansel and Gretel.”  The now defunct Baltimore Opera Company staged the production, and out of all the Company’s elaborate productions Sendak’s was one of the most memorable.

“Baltimore audiences had an opportunity to savor Mr. Sendak’s distinctive designs in a production of Humperdinck’s “Hansel and Gretel” [in 2000]…. That staging, originally for Houston Grand Opera and used by other companies over the years, made quite a statement. Please forgive the self-quoting, but here’s what I wrote 12 years ago:

Maurice Sendak has seized on the shadowy insinuations of “Hansel and Gretel” in designing the eye-catching scenery … The famed illustrator of children’s books fills the Lyric Opera House stage with fanciful trees and buildings that hide spooky faces; the witch’s house has roving eyes. The witch herself is first seen as a giant, menacing figure flying about on a broom, her giant jaw in constant chomping mode, looking for fresh victims.

The musical performance did not live up to the scenic potential, but Mr. Sendak’s contribution proved memorable. Among other operas he designed are …

Mozart’s “The Magic Flute” (the latter, which I saw in the early ’90s in a Florida Grand Opera production, created an engaging fairy tale for adults) and Janacek’s “The Cunning Little Vixen.”

Smith is one of thousands of fans who wrote about their experiences with Sendak’s work yesterday.  His death will spark a closer look at the man himself.  He was enigmatic and often reticent about his career as an illustrator.  Sendak was quite candid, though, about his motivations during an interview in 2002 by Jeffery Brown, who covered an exhibition of children’s book illustrations. He had the opportunity to chat with Sendak:

Future posts on this website will include photos of Sendak’s drawings, as well as bits and pieces of information about the artist’s long and prolific life. He is best known for his most popular book, Where the Wild Things Are, 1963, an entertaining, but dark and candid view of childhood fears. 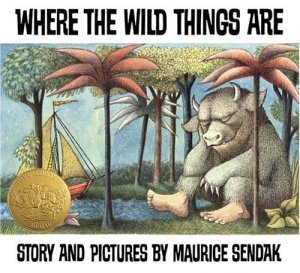 I can only imagine the many young illustrators who have been inspired by this master’s work.  Rest in peace Mr. Sendak.